Since January, Matt and I had been planning our two-year anniversary trip to Destin, FL and the first week in June we got to go! I was so unbelievably excited. Destin has always had a special place in my heart because my grandparents had a place there when we were kids that they had to sell about 10 years ago. I hadn’t been back since then, and so I was very eager to show Matt around the old stomping grounds and make new memories with him there!

I’ve always loved the white sandy beaches of Destin and the beautiful blue green water. There’s nothing more relaxing than laying on the beach listening to the waves.

The condo we found was AWESOME. It was a one bedroom, one bath condo within walking distance of the beach and it was so cute and cozy on the inside! I’d highly recommend this condo to anyone who wants to go visit there. If you want the details of it and how to book it, I’d be happy to get it for you. The owners were fabulous to work with and the condo was immaculate. 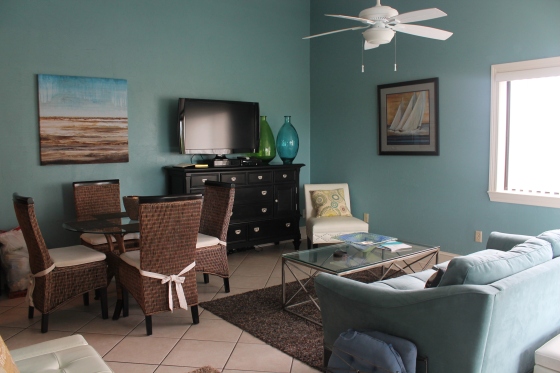 Our first day on the beach was perfect. The waves were a good size and the weather was beautiful. Our condo even had beach chairs and an umbrella for us to use so we got to take breaks from the sun when my pasty white skin couldn’t handle it anymore. 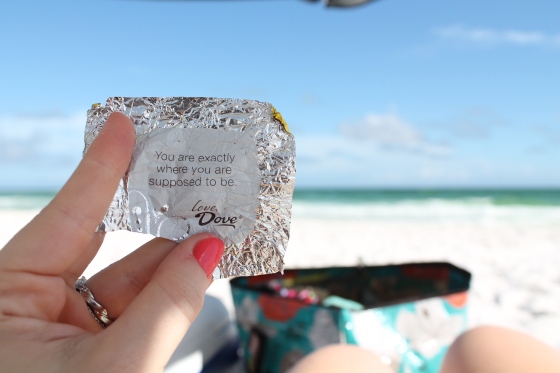 I took my Dove chocolate very seriously on this trip. I couldn’t have agreed more with this sentiment. I believe it was 100% accurate.

Matt doesn’t eat seafood, but I told him it was a priority for me to get some fresh seafood while we were at the beach. He did not disappoint. We went to The Crab Trap our first night and I got coconut shrimp. It was DELICIOUS.

We also have a tradition of ALWAYS getting donuts while we are on vacation. Okay, maybe that’s just MY tradition. I don’t think Matt would care if we forgot. But when I saw that Krispy Kreme Hot Now sign on, I literally gasped and made Matt turn the car around. Yes, it’s that important, people. 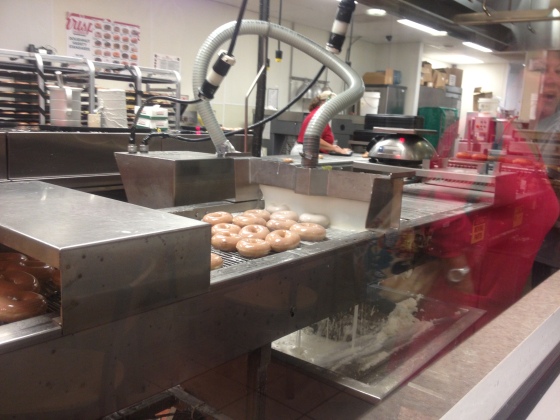 Look, I’m all about being healthy, and I know donuts have ZERO nutritional value, but seriously, has there ever been a more beautiful sight? Sometimes you just gotta throw caution to the wind and embrace the sugar. Mmmm…..

Seriously it made my night. And of course we bought extra for breakfast the next day!

Speaking of the next day, and for irony’s sake, I actually took Jillian Michael’s 30 Day Shred with me on vacation and I actually DID it! After my donuts of course 🙂 I was so proud of myself. Granted, I had planned to do it every day of vacation and I ended up only doing it once, but hey, that’s better than I can usually say.

The next day we went to the beach again, but unfortunately there was a double red flag so there was no getting in the water for us. BUT, that night we were so excited to get to meet up with our friends, Cosbie and Caitlin! They were in town with her family for vacation about 20 minutes from us, so we decided to make a double date night out of it and do something that we normally don’t even find time to do at home! 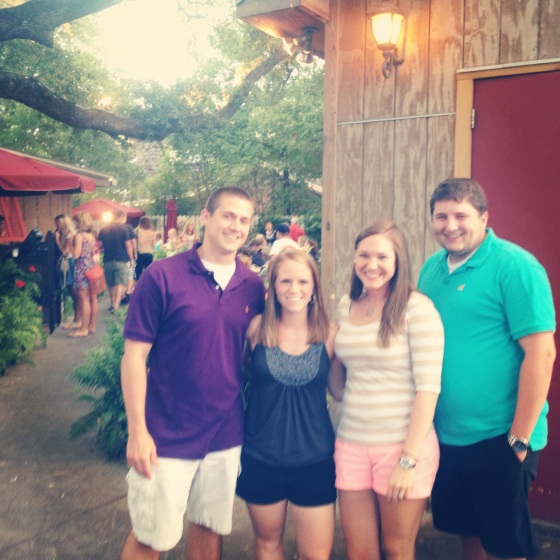 After two attempts, this was still as good as it was going to get. Poor picture quality, for the win. 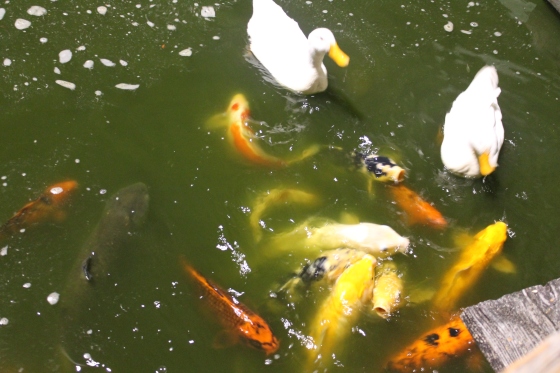 Caitlin and I had a strange fascination with these fish. We seriously stood there and watched them longer than any kids that passed by. 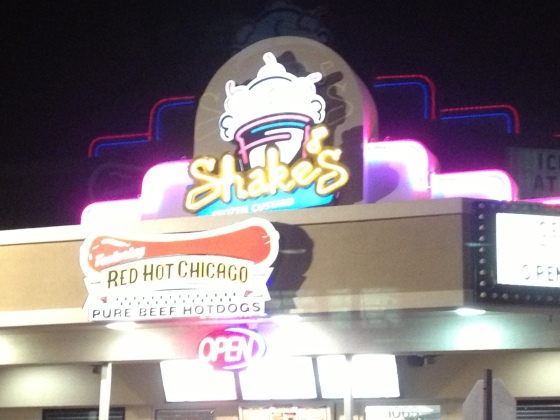 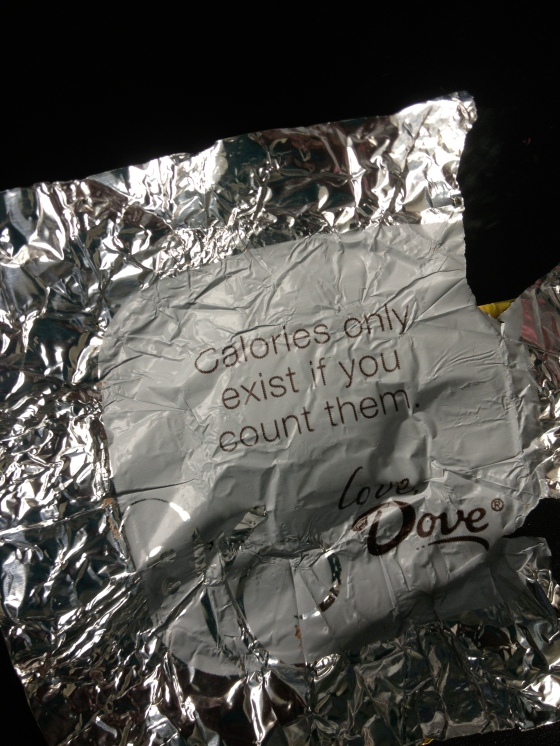 And to further prove my point that dessert is always worth it on vacation, I opened up my sweet little Dove chocolate to this blessed reassurance.

On our last full day, we decided to go pier fishing. We wanted to go deep sea fishing on this trip but decided it really wasn’t the most cost efficient this time around. So we drove over to the pier and rented some poles, bought some squid (gross) and went to town. Matt has more experience fishing than I do, but if we’re being honest, we’re both completely lost when it comes to this skill. 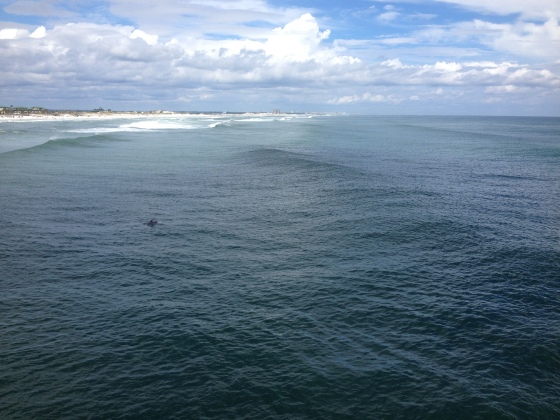 While we were waiting we did get to see a few dolphins swimming around though! 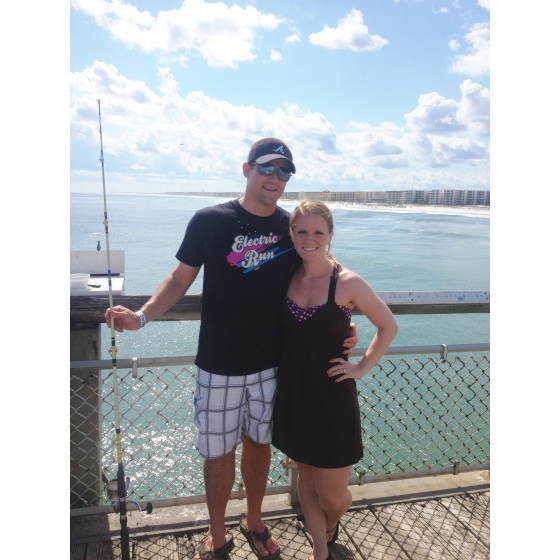 Every time I see a picture of myself with my hand on my hip I feel like I need to apologize. I wonder if/when this fad will no longer be the standard pose for every girl under the age of 30. I’m all about the skinny arm, but I believe we can all agree that this pose has gotten a little out of control.

ANYWAY, that night we decided to lay low, grab a $5 hot-n-ready pizza and have a game night. Remember how I said Matt beats me in anything competitive 99.4% of the time?? Well this is where the .6% came working in my favor! Literally, I beat him at every game we played that night. One round of Monopoly Deal and six games of Sequence. It was beautiful. 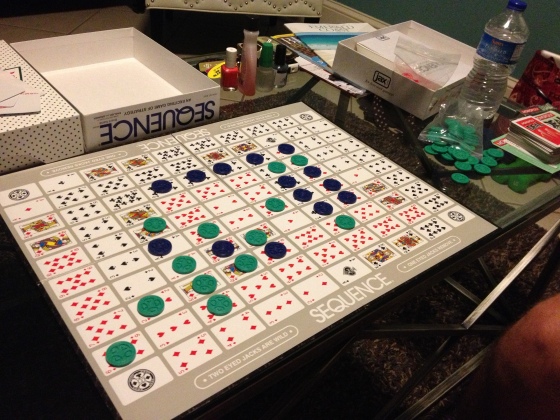 In his defense, he did finally beat me one time. But overall, my Dove chocolate didn’t lie again.

The next morning we had to pack up and head back home. But before we left, we drove around and found the exact place of my grandparent’s park that their trailer was in. We didn’t even realize it, but the condo we were staying in was .4 of a mile from theirs. I was so so so excited that we found it. 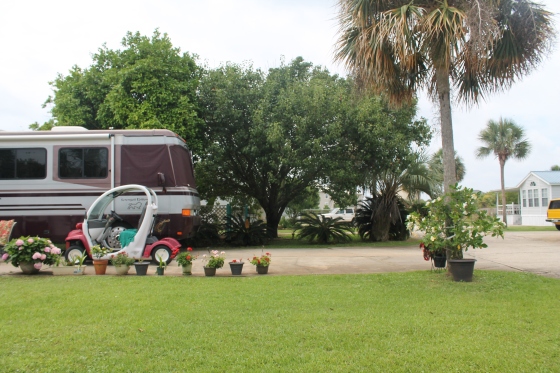 I know that this was the exact location because that tree right there was planted by my parents and I remember it being MUCH smaller. Now after 20 years or so you can see how much it has grown.

There are so many memories in that park right there. What I wouldn’t give to be able to re-live those days with my family, grandparents, and brothers.

We decided to go for one more walk on the beach before we left. It was an amazing trip. Just what we needed after Matt’s crazy school year. I am so thankful that we got to celebrate being married two years in a place that has meant so much to me over the years.

It blows my mind that we’ve been married for two years. I know that that is nothing compared to so many who have gone before us, but they really aren’t kidding when they say it flies by. Being married to your best friend is God’s greatest gift this side of heaven and I can’t imagine going through life without Matt. He has been the most amazing husband and I thank God for him every day. We have had ups and downs of course, but through it all, Jesus is our Rock and the foundation that we remain grounded in. I’m so excited to see what the Lord has in store for us in the future and I am so grateful that He has allowed us to take this journey together!

Happy Anniversary, Sweetheart! I love you.